A VPN is one of the most easy-to-use tools to protect your online privacy, to stop devices from getting hacked and your ISP from snooping on you. Before genuinely using VPN, you should have a good understanding of it. Here comes the ABCs about it.

VPN 101: All the Basics You Should Know about VPN

What is a VPN?

VPN, an abbreviated form of Virtual Private Network, is a service allowing you to have secure and private access to the internet by routing your connection through a server and hiding your online activities.

But how does it make it? Read on.

How does a VPN work?

First, let’s see the situation when no VPN is used as you get online. You just use your device to directly connect with the internet. Your request just rushes out of your device “naked” to the target. Then, your data can be seen by your Internet Service Provider (ISP) as long as your IP address is known.

When a VPN is used, however, your request is sent from your device to a VPN server first where the request goes through “make-up”, then it reaches the internet with a “different” identity that is hardly known by your ISP.

That’s how a VPN basically works.

Why do I need a VPN?

1. Hide your IP address to stop ISP or other individual or organizations from tracking your online activities;

2. Bypass internet censorship to allow you to visit any website or social media platform restricted by local government and to watch streaming videos exclusively published in an area such as Netflix US;

3. Protect your data through an encrypted tunnel within which your data or files are transmitted without others’ knowledge;

4. Protect your privacy even when you use an insecure WiFi connection such as Starbucks hotspot or airport WiFi.

When to use a VPN?

You can use a VPN at any time when you worry about your online security and privacy.

For a specific situation to use a VPN, you can use it when you travel since not a fixed internet connection can be obtained while you keep constantly moving around the world. Even if you get connected with an insecure internet connection such as a coffee shop or hotel WLAN, you shouldn’t worry about your online security or privacy if a VPN is used.

You can use a VPN when local restrictions stop you from visiting some websites or sharing your stories on social media since VPN can bypass local government restrictions. Or you can use a VPN when you’d like to watch Netflix US or play online games restricted by your local government. As soon as corresponding servers are connected, you can enjoy them.

You can use a VPN when you need to establish an encrypted tunnel for your company or organizations since it can protect your transmitted data from being monitored by third parties.

What devices and operating system does VPN work on?

Different VPN services have different compatible devices or operating systems to work on. BitVPN can work on Android, iOS, macOS and Windows, meeting different demands on hardware and software.

How to set up and use a VPN?

VPN sounds complicated but it is easy to use.

Step#2: Install it on your device.

Step#3: Choose a VPN server and connect with it.

Step#4: Now, you can securely and privately browse the internet.

Will a VPN slow down my internet?

What Exactly Can You Do with a VPN?

Nearly all VPNs declare so, but not all really can.

Theoretically, a VPN can make users anonymously browse by hiding their IP addresses and establishing encrypted tunnel for transmission so that ISPs, coffee shop WiFi routers, and any server on the way to the internet have no access to their online activities.

If a VPN keeps high anonymity of yours, it should be compatible with the following requirement:

Not all VPNs can make you 100% anonymous but your anonymity can be improved based on the applied technology applied by VPN provider. Keep in mind to refer to the above techniques before determining which VPN service to opt for.

Can I use VPN to watch Netflix/Hulu?

VPNs can help you bypass local restrictions to reach services exclusively provided to certain areas, including Netflix or Hulu. Each movie or show lover expects to have the longest Netflix catalogues but not everyone is allowed to because of local restrictions. VPN allows users to get connected with US servers so as to enjoy Netflix US streaming video sources.

However, the Netflix VPN ban makes it not so easily achievable. Most VPNs fail to break the Netflix VPN ban. As you pick up a VPN, its capability to overcome the Netflix ban must be tested in advance if you expect to use it for streaming. The VPNs with Netflix exclusive servers are better to choose from.

Can I use VPN to play online games?

Online games aren’t equivalently released to the world. And they tend to be banned by local government due to sensitive elements such as violence or sex. However, online gamers can use VPN to break the limitations to enjoy games online.

Can I use a VPN for torrenting?

Generally yes. It largely depends on the specific service provided by your VPN provider and the type of things you need to torrent.

Instead of being the actual format of files, torrent is the common term for the protocol used for data and file transmission on the internet. VPNs have distinctive attitudes towards torrenting and most VPNs support it. In terms of security of your torrent, it can be maintained by VPN providers who promise not to keep your logging.

Another significant consideration when choosing a VPN for the torrent is the downloading speed. Speed tests are dramatically suggested before you get premium service purchased.

How Secure Is a VPN?

Can my VPN service get blocked?

VPN blocking can usually occur without any warning or notice. It’s mostly correlated with the local government’s policy or business profits. For instance, Kashmir lockdown belongs to the former type while the Netflix VPN ban belongs to the latter.

However, no VPNs keep unchanged from the beginning to the end. Quality VPNs are so sensitive to any challenge to their service. Despite sudden blocks, solutions can be achieved in a short time and specialized servers will be prepared to meet the challenge.

Am I safe when using public WiFi hotspots with a VPN?

VPN helps to build an encrypted tunnel connecting your device with the internet. Even though your WiFi connection is insecurely made, you can get online with full security thanks to the encryption brought by a VPN.

For your highest online security, of course you need.

However, the real issue is that privacy policy usually consists of piles of professional terms and complicated expressions. Most VPN providers confirm their zero-logging of users’ data while not all of them can really do. It’s impossible for you to testify their released privacy policy unless decentralized VPN is applied since the decentralized structure it depends on essentially stops users’ data from being centered on one server or device. Moreover, free VPN conforms to weak privacy policy while paid one to a rigorous one.

What do zero logs mean?

When a VPN claims they keep the zero-logging policy, it means that no users’ data is tracked or stored on the server. However, no real zero log VPN exists unless it is based on a decentralized structure. The centralized VPN transmits users’ data through a single encrypted tunnel. Once the single server is hacked, users’ data will be in great danger. In the case of decentralized VPN, it is impossible for hackers to attack all servers or devices in one go, which makes no logging accessible.

VPNs are legal in the majority of countries in the world.

Up to now, VPN is illegal or unacceptable in China, Turkey, Iraq, UAE, Belarus, Oman, etc. To find out more details about the attitude towards VPN from your local government, local laws or regulations can be referred to.

Why decentralized VPN is the most secure VPN?

It’s so true that a decentralized VPN is the most secure one.

A decentralized VPN is not controlled by a central server and based on blockchain technology. One significant characteristic of decentralization is that there is no single authority involved. Therefore, the system will naturally be fairer, safer, and more flexible.

A decentralized blockchain-based VPN integrates mass traffic of numerous computers and carries out peer-to-peer communication. The traditional VPNs, on the opposite side, but the entire network in constant danger once the central servers are being hacked. However, fortunately, decentralized P2P VPNs don’t have to worry about the threat of being hacked, since there are so many servers available and they’re distributed in a non-linear fashion.

How Different Are They?

Free vs. Paid VPNs, which is better?

Pros and cons of Free VPNs:

Pros and Cons of Paid VPNs:

Centralized vs. Decentralized VPN, which is better?

VPN vs. Proxy, which is better?

In terms of the debate of VPN vs. Proxy, there are a couple of aspects considered. Proxy is mainly used to beat internet censorship or local restrictions on internet visits. It’s achieved through technical configuration. When it comes to functions, Proxy features fewer than VPN since it has little correlation with online security and privacy protections. Moreover, VPN is easily installed and applied while Proxy can’t be set by anyone unless the pros are available.

In sum, for internet censorship bypassing, either VPN or Proxy can be selected. When it comes to online security and privacy, a VPN is better to use.

VPN vs. Smart DNS, which is better?

VPN vs. Incognito, which is better?

Incognito is originally the name of the private browsing mode of Google Chrome while it has been used as a common term to refer to a private browser. As far as VPN vs. Incognito is concerned, online security is a common concern for both parties. Incognito is created to protect users’ online activities from being monitored or tracked by the browser. However, all your online activities with no participation in the browser fail to be protected from being tracked. But VPN can protect your activities from any risk as long as your connection is made.

How to choose the right VPN service?

What contributes to the best VPN service?

What’s the best VPN service is like? There are a thousand Hamlets in a thousand people’s eyes. However, the following elements should be carefully considered when you expect a reliable VPN service: technology (centralized or decentralized VPN, P2P mesh network), security extent, connection speed (server count), customer service (feedback), etc.

Can I have a trial before buying a VPN service?

Most VPN services provide trials prior to official purchase. For example, BitVPN has a 7-day free trial service before users make a decision to use its Premium service. 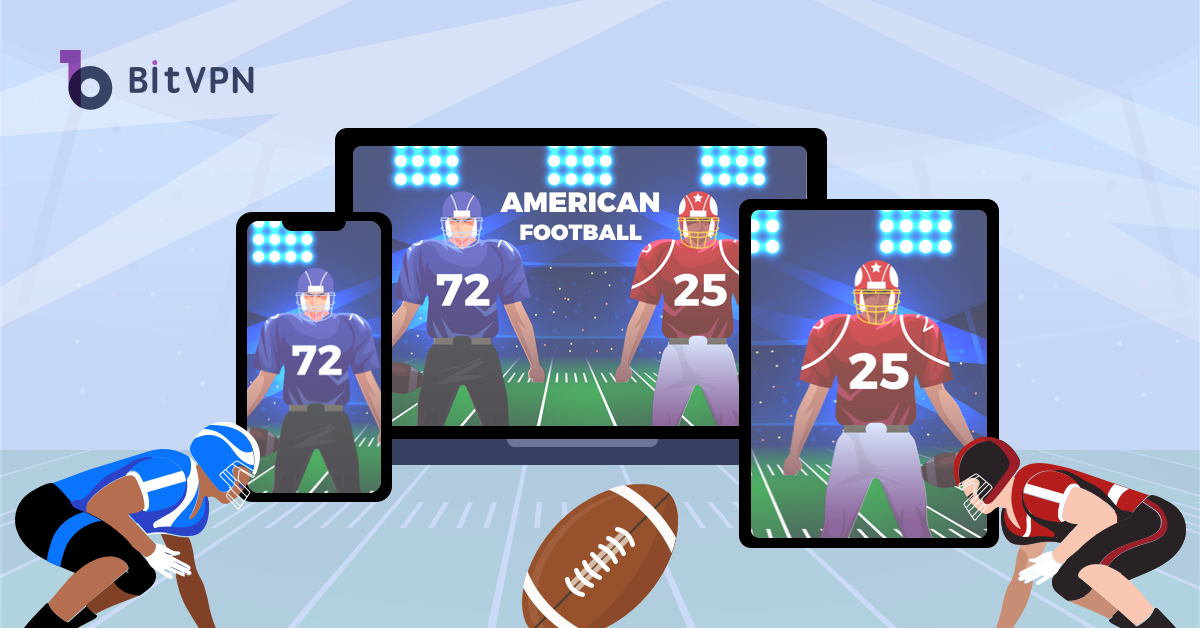 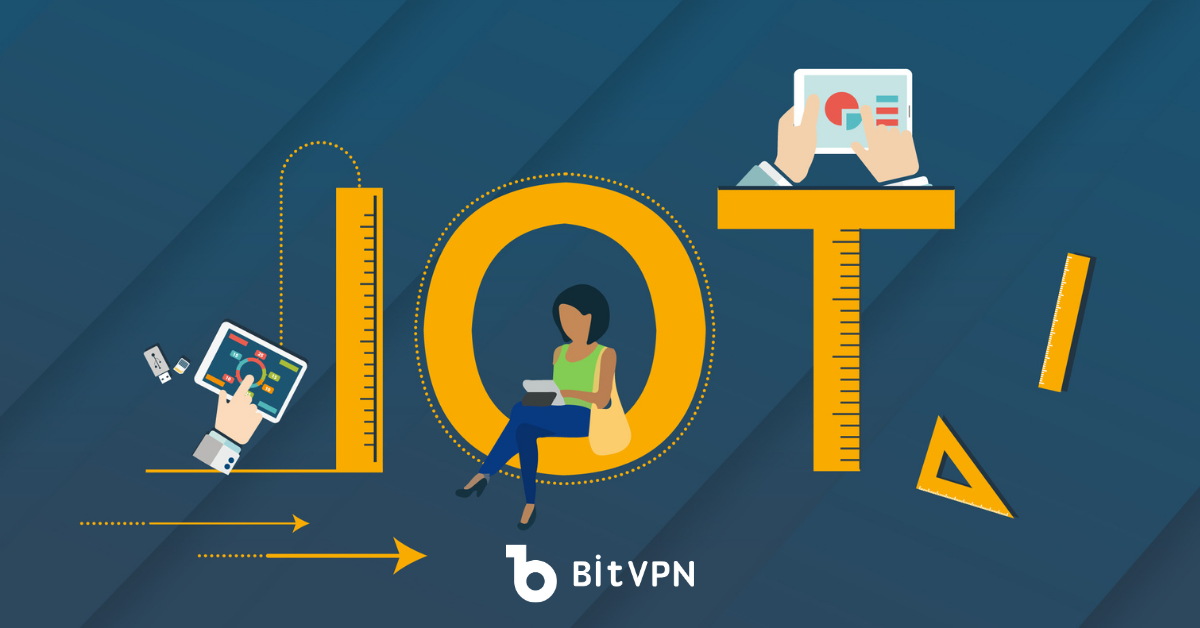 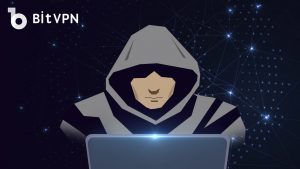